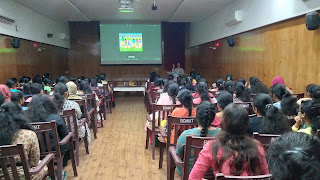 It is a competitive event for Indian films.

The idea is to focus on Social Justice and to appreciate films based on that both nationally and internationally.

1) Films based on Social Justice will be accepted
2) Indian and international & Old and new films are invited
3) One filmmaker / producer can send any number of films
4) Films that promote hatred will not be accepted
5) Both Indian and international films are invited
6) There will be a competition for Indian short films and documentaries
7) International films / non Indian films can take part in the non competition section only
8) No screening fee will be paid.
9) Selection committees' decisions are final
10) One member from the selected films will be invited to the physical event
11) No travel will be provided; a simple stay for 3 days will be provided
12) Only the films with subtitles in English will be accepted
13) Festival will be organised physically depending upon the local rules by administration. If the physical event is not possible, films will be shown online
14) Interactions with the filmmakers will be organised online if required and possible 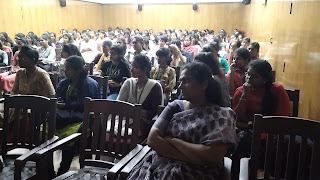 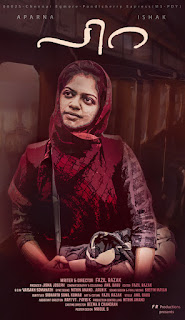 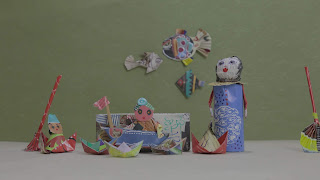 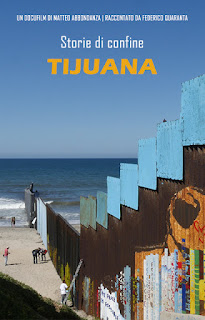 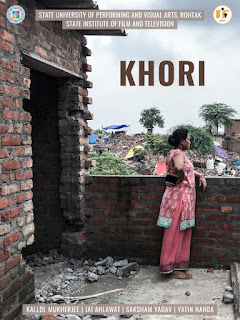 Stories from the Margins : Curated by Amudhan R.P. 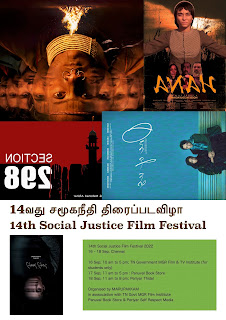 Against the backdrop of Partition, newly independent India’s first hockey team defeats England, their erstwhile coloniser, to win the Gold at the 1948 London Olympics.

Six decades later, when Nandy Singh, a member of this iconic team suffers a stroke at the age of 84, his tenacious will to recover inspires his daughter to go on a journey to discover the champion he was before she was born.

2) Footloose a story of belonging

3) Whose Dreams, Whose City?

Whose Dreams, Whose City?' is a 2021 Odia Independent documentary that takes a flagship state building called 'Krushi Bhawan (Center for Farmers)' sitting at the heart of Bhubaneswar as its focus. It uses that to explore the aspects of artisanship, agriculture, and public art/architecture in a city, things that the building claims to celebrate.

"Land of women" tell the story of five women farmers around the world, working the land, which plays a key role in the planet’s food production. A tribute to some of these women, invisible but essential links in the chain who ensure subsistence agriculture every day and everywhere on earth.

‘The Last Man’ aims to show the ground reality through everyday life of manual scavengers engaged in different types of manual scavenging, endangering and losing their lives in cleaning the choked sewers, and manholes in India.

It is a film about the rat-hole coal miners who risk their lives to earn a livelihood. While doing this activity, many mishaps go unreported, which we cannot see from the outside. Their lives are devastating enough that they are called thieves in their own house, and during a case of mine collapse, they cannot even shed a tear or claim their loved ones’body. This film narrates their daily life.

Happiness Class is a journey through the unique and fascinating world of children: their preoccupations, their worries, and most importantly, their idea of happiness. Set in the context of an experimental happiness curriculum inspired by the ideas of His Holiness the Dalai Lama and included as part of formal pedagogy in the schools run by the Delhi government, Happiness Class explores this landscape in schools and diverse neighbourhoods, with resident and refugee families, across the metropolis of New Delhi.

Crossed by greed, two hundred and seventy-two people were buried by tailings from the Vale mining company in Brumadinho (MG), Brazil. The emptiness that now crosses those who try to carry on will never be filled. This tribute film is dedicated to the victims of the irresponsible mining tragedy that continues to take its toll with blood and devastation.

Berta Zenefels (84) has never seen the sea. She has barely left her beloved farm,”Zollhaus“in Bavaria. A life shaped by hard word, a life that nobody wants to live anymore. During her lifetime she had to bury her firstborn son, her husband, her grand-son and her youngest son. Every single one of them lived and died for the big dream of the Zollhaus. But without a successor the heavily indebted farm is threatened with bankruptcy. But now the granddaughter Monika appears out of nowhere and decides to save the family-owned farm.

The stories of modern slaves in textiles manufacturing supply chains and the brave individuals fighting on the ground against immeasurable odds to help them. Joseph Raj, runs an organization called T.E.S.T. (Trust for Education and Social Transformation) in Tamil Nadu, India as he goes on raids to rescue underage children from unsafe and labor intensive factories. 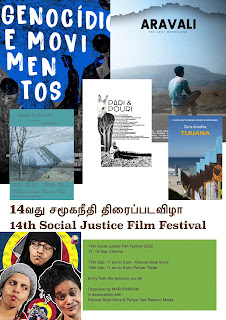 1) Songs of Defiance
Dir : Anuj Deshpande; 24 min; Documentary; India
This short documentary tries to trace the personal and collective journeys of artists of Kabir Kala Manch, a People's cultural troupe consisting of youth from marginalized backgrounds, who sing songs of resistance in the Vidrohi Shahiri tradition. This film profiles these artists and their lived experiences in the context of an unjust and hostile system they are struggling against.

CHEEPATAKADUMPA’ follows three women over less than a day as they awaken their naughty teenage alter egos when they meet again after years, unleashing mischief on each other, and in turn on the biased patriarchal belief systems of the India they were born into. In a masculine culture that is unduly serious about making the rules that women are expected to live by, can Teja, Santo and Tamanna find true and happy rebellion in the gasping throes of this mischief?

'Cycle' is the story of a wronged young tribal woman who, in the absence of systemic justice, turns rebel, but struggles to be able to fulfil all the expectations that the path to retribution demands.

Women in Indian Administered Kashmir weave memory threads to piece together a narratorial picture of what it feels to live under perpetual uncertainty and unending cycles of lockdowns in Kashmir laying focus on the recent communication blockade of 2019, post the Article 370 abrogation.

Behind the Wall of Shame that separates the city of Tijuana (MEX) from San Diego (USA), some migrants tell their stories about what living in the city with the most journeyed border in the world is like, under Trump's coercitive immigrant policies. Federico Quaranta's voice walks us through the narration.

Ruuposh is an idiosyncratic documentary that features Ruksana Begum- her late father Mehboob Khan and her son- Mohd Fehmeed, who belong to a Muslim minority family of India 2021. The documentary follows a personal narrative of how Mehboob Khan stayed back in India at the time of partition while his entire extended family moved to Pakistan. Ever since, there had been an on and off contact with the relatives in Pakistan which completely ceased off a few decades ago. And while, the younger generation wants to establish contact with the parted relatives- does the political circumstances of the two countries allow the possibility and sustenance of any friendly relationship?

Aravali: The Lost Mountains is a documentary on marble quarrying in Rajasthan's Rajsamand district, India.

The Aravalli Range is the world's oldest fold mountain range, and it helps to sustain the ecosystem. Ground water levels have been drained and average rainfall has also been depleted as a result of continual mining for the past 35 years, resulting in a serious water crisis and air pollution in Rajasmand. On the other hand, mining is the primary source of income for the majority of the population. As a result, this film examines both sides of the same coin, namely, the economy and the environment.

A film about Sako, an eccentric Indonesian man with Chinese roots.

Sako is struggling with his past. He is traumatized because of the murder of his innocent father, who was one of the approximately half to a million alleged communists that were killed in the transition period to the Suharto regime in Indonesia in 1965.

Sadly, this brutal period is still taboo in Indonesia and what makes it more painful for Sako is that during this time, he supported the responsible regime. To break the taboo and process his trauma, Sako went out with his camcorder and filmed people close to him and talked with them about their experiences related to this past.

The setting up of a solo performance, the outbreak of revolt, the collective clamor of the marches. Art, organization and rage against the genocide of black people. An audiovisual manifesto recorded between 2008 and 2016, in Salvador and Rio de Janeiro.

Its about a little girl who is trying to save their donkey.

It's the story of a girl that shows her life with the dolls.

It's the story of a teenager who has been engaged to an oldman and she gets pregnant.

The problems of a binary gender girl in a traditional society…

When Renu, a lawyer, questions another woman's decision to withdraw a court case, she comes to terms with her own dilemma that threatens to take her world apart.

We all live under the same sky, the Earth is only one and we must discuss together the real problems of the world, without weapons, in peace.

The short documentary intends to explore the plight and expressions of migrant workers residing at Khori Village, Faridabad which is declared illegal by the Supreme Court of India and their houses are already in a demolishing state without proper rehabilitating of the villagers.

Told through the eyes of three persecuted female Ahmadiyya, Section 298 unveils the realities of life under Pakistan's deadliest law.

Section 298 of the Pakistan Penal code (also known as the Blasphemy law) openly allows prosecution, imprisonment and death for those who identify as Ahmadi Muslims, a minority Islamic movement in Pakistan. Since 2010 over 200 Ahmadi Muslims have been killed inside their mosques by suicide bombs and vigilante mobs.

Persecuted from birth, Ahmadiyya's are prohibited from working, voting, owning a passport or declaring themselves as Muslim. Section 298 takes us into the heart of the Pakistani Ahmadi community as they fight to keep their families, community and traditions alive. 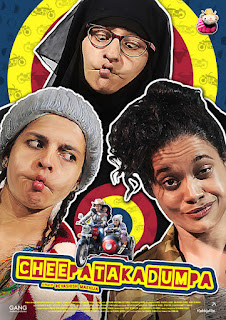 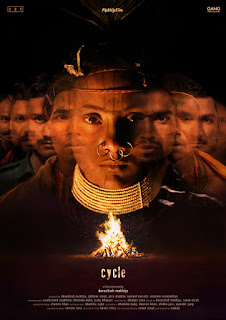 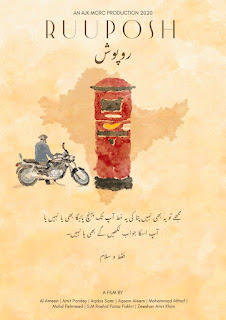 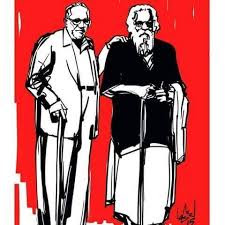 ENTRIES INVITED!
Last date to send entries :15 Aug 2022
14th edition of Social Justice Film Festival 2023 will be held
on 16-18 September
at multiple venues in Chennai.
It is a non competitive event.
No entry fee. No screening fee.
The idea is to focus on Social Justice and to appreciate films based on the theme that are made both nationally and internationally.
Categories : Documentaries, short fiction, experimental films, music videos and animation
Rules and Regulations:
1) Films based on Social Justice will be accepted
2) Indian and international & Old and new films are invited
3) One filmmaker / producer can send any number of films
4) Films that promote hatred will not be accepted
5) Both Indian and international films are invited
6) No entry fee.
7) It is a non competitive film festival
8) No screening fee will be paid.
9) Selection committees' decisions are final
10) One member from the selected films will be invited to the physical event
11) No travel will be provided; a simple stay for 3 days will be provided
12) Only the films with subtitles in English will be accepted
13) Festival will be organised physically depending upon the local rules by administration. If the physical event is not possible, films will be shown online
14) Interactions with the filmmakers will be organised online if required and possible
Click here to send entries!
at July 20, 2022 No comments:

Amudhan R.P.
I am a filmmaker, teacher, curator, programmer and an activist. I am an atheist, I believe in nature. I am a follower of Periyar and Ambedkar. I support Dravidian Politics.